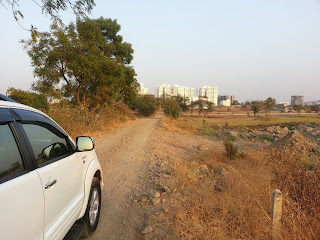 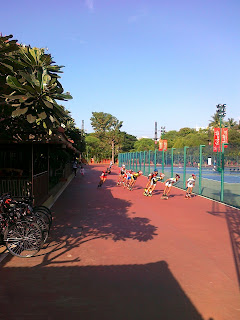 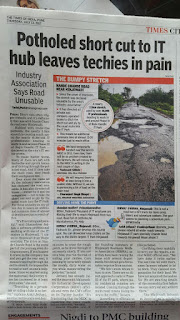 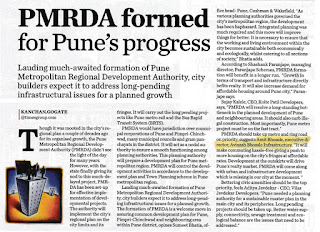 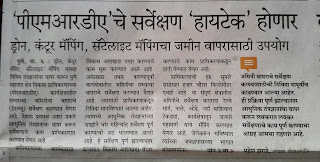 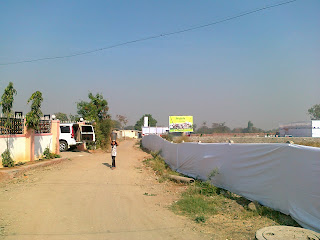 An open letter to Hon. Chief Minister of Maharashtra, for PMRDA region’s infrastructure such as water, road, electricity & many others;

"People always want welfare, development, and good governance. As long as you are delivering, people are with you"... Lyndon Johnson

Lyndon Baines Johnson, often referred to by his initials LBJ, was an American politician who served as the 36th president of the United States from 1963 to 1969, and previously as 37th vice president from 1961 to 1963. He assumed the presidency following the assassination of President John F. Kennedy. Well, to take over from a name like JF Kennedy wasn’t an easy job as he was probably the most loved (not just popular) President of USA & when Lyndon took over above were his words for the nation as he knew people will love you for what you are but they will respect & remember you only for what you have done for them!

Respected Sir, we understand that these are the hardest of the times & considering the political situation in the State, it's a really tough job for you to balance all the fronts & you have a panicked State to look after too! Yet Sir, just to bring in your notice, Hon CM of this State is Chairperson (read as to boss) of a body named PMRDA i.e. Pune Metropolitan Region Development Authority & it’s probably the largest such planning authority with near about 5000 sq km (may be more) area around Pune & Pimpri Chinchwad Corporations under its jurisdiction! Well, our today’s letter is regarding one word in the name of the PMRDA, yes, it is Development which stands for the D in the short form of PMRDA. It’s now been over six years PMRDA has been formed & a very right step taken at the right time it was indeed because considering the status of jobs & business & career all over the State (well, that’s separate subject of sharing) scene is from all the State as well neighbouring States, youngsters & grown-ups were & running towards Pune region is a fact. Reasons for the growth of PMRDA region can be many but one sure thing is; education is here, jobs are here & yes weather, culture & most important Water is here at least as source in first place! You can check history & it will tell us all over the world cities have been built & prospered around water, either its sea or rivers & Pune region has plenty of rivers to cater the need of water for humans as well for machines i.e. industries!  Problem is, allocation of this water & a distribution system in place which is missing! CM Sir, post this pandemic one thing is sure, more & more people will rush towards Pune Region as exactly that’s the reverse scene we have observed in this lockdown (pandemic wave) & last year’s lockdown. And that is, last year most people including white collared which we call middle & higher middle class fled from the city towards their native towns but this time they have stayed & even got their parents here to them from their respective native places! The only reason is Pune region offers the best of public facilities (in comparison to rural parts of the State) & people feel safe here! The trend will continue & then jobs are here so is education now all one needs to settle down is water, roads & electricity (basics) as then rest social things follow!

Frankly this was the reason why PMRDA has been formed as Pune & Pimpari Chinchwad (Read as PMC & PCMC) are getting saturated already & prices are out of capacity for many migrants in Pune region & PMRDA can fill that gap between the demand of the affordable homes &* the home buyers, was the thought process. And so it has happened, only problem is the homes got (getting) built in PMRDA region but there is no proper water supply source, no road infrastructure, no open spaces, no amenity spaces, no power (electric) grids & this is just physical infrastructure, is a plain truth! Yet people are living here because of connectivity to their work places, to PMC & PCMC, to schools-colleges, to IT parks & many such & at affordable prices! The PMRDA has got probably the biggest potential for growth considering all the good aspects of living for careers of millions but all we need is support from the Govt in the form of all above infrastructure development. Actually even the Govt can earn huge revenues in the form of premiums which will be collected from the projects in PMRDA as well people living in these homes are actually raw material for the IT Parks, Factories, Service Industry, Educational Institutes in & around PMRDA & again a revenue generation via the expenses all this population will be making for their livelihood! As well the Ring Road crosses through the majority of the PMRDA region & again will be a boon for connectivity to other cities also making that population to migrate here.

The fact is, right now PMRDA is a planning authority & they are doing a good job on that front but even the best of planning usually end up in a mess unless it is backed up by a better execution team, which is missing here barring a few works. To give an example, you yourself can ask for the number of projects with numbers of flats in these projects sanctioned & given occupation certificates in PMRDA since its birth & also get the revenue figures earned. And on other side ask for the list of development works carried in PMRDA regions on just two fronts i.e. Water & the Roads! I am not yet touching the aspect of schools, public health, environment, public transport as that usually follows but forest water & roads need to be in place. At the same time we need to allocate dedicated quota for the water from the Irrigation dept as per present & future demand of water in PMRDA region. We request & do take review of what’s happening on that front as well keep some time for visiting the growth as well development of this region especially around PMC & PCMC as unless you see it by your own eyes & meet the people here you won’t be able to understand importance of this issue in totality! CM Sir, this pandemic has been an eye opener for us (only if we are willing to open the eyes in the first place), exposing our lacunas on fronts like public health infrastructure. But before we reach that level if we don’t have proper roads or water or electricity like basic factors in place, we can’t even hope for the public health & education type things, which is why this letter! Sir, the PMRDA residents (not even the developers) knows when the road network will be developed here, there is no street lights like basic safety thing (CC TV on roads is a Mirage) in place & most important nobody has any clue (not even govt agencies) about the source of water supply which will take care need of entire PMRDA, yet there is growth because there is potential in PMRDA!

CM Sir, please take this infrastructure issue on priority is a humble request, as for the residents of the PMRDA region you are like a single parent for the child named PMRDA, is all we can say!

Posted by sanjay deshpande at 11:07 PM