One More Tigress Killed; How Many More? 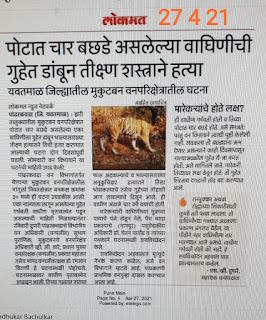 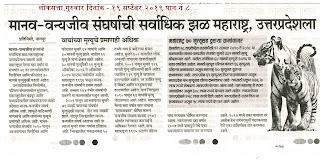 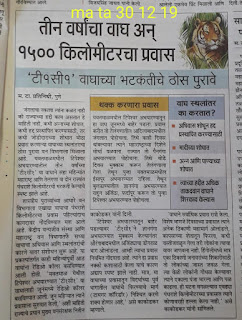 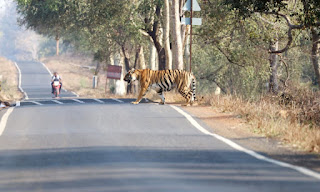 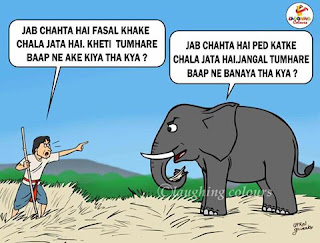 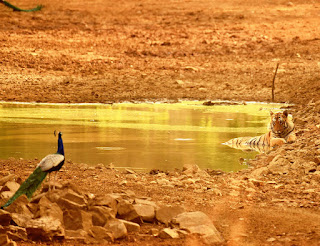 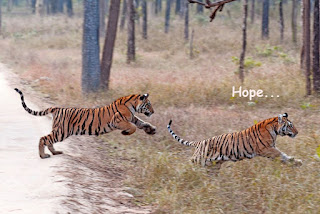 -
“You may kill for yourselves, and your mates,

and your cubs as they need, and you can;
But kill not for pleasure of killing, and
SEVEN TIMES NEVER KILL MAN.”... Rudyard Kipling

Well, after a long I get to use the great man’s quote & how apt they are especially when the topic is about killing! By the way Rudyard Kipling is the one who actually made Indian Forests known to the outer world by epic Mowgli & his Jungle Book. The entire Jungle Book has been wrote on the backdrop of forests of Central India (Kanha & Pench both claims it) & no wonder Kipling knows language of the wild better than any human! His above words are said not by a human but by Baghira the leopard who has shown mentor of Mowgli a human kid among wild animals & this is how Baghira teaches Mowgli rules of living in the forests. Jungle Book has been wrote some fifty years back & then also the war was on between humans & the animals though the wisdom animals has then also the humans haven’t learnt it even now, is the sad part & is main problem for wild life conservation!  Never kill for pleasure of the killing & don’t kill a Man ever (seven times means remember it forever) & till today may it be a tiger or a snake or a leopard, unless they are threatened for their life (may it be hunting or hunger in some case accidentally) no animal on their own kills a human, definitely not for trading human body parts!

What Kipling wrote are the rules followed by the wild animals individually & by the pack but humans, they make their own rules which are followed at individual’s will as seldom our rules become laws & more seldom these laws are respected, especially when other species are involved! Yes my sharing is about (again & again) a recent tiger’s rather specifically about a tigress’s even more specifically about a tigress pregnant with four cubs not death but brutal killing by none other than humans! Many will say what big difference is whether it’s a tiger or tigress, pregnant or non pregnant which got killed (hunted, poached)! And I am not surprised as the society (it includes each of us) which is careless or ignorant about a pandemic & killing it millions of the humans itself, to expect sensitivity from such specie about detailing of an animal like a tiger which lives in caves & hunts for living, is daydreaming or my own foolishness, I know that by now! Yet let me tell you there are fools like me which cares for other animals too & more for a tiger as in entire country there are 1350 million humans but only some 3500 odd tigers & that makes death of one tigress which would have given birth to four tigers making it five tigers equalizing to death of nearly 19,28, 571 humans, sorry for the figures but check it by yourself if I am wrong, even one digit here & there yet its death of 1,92,857 humans (though I am right with figures)! And for such thing with humans, we have a lockdown for more than six month in entire country & the Supreme Court on its own intervenes & orders governments to look in the matter! Again people will laugh at me for such foolish comparison but time will tell who is real fool is all those laughing faces I want to tell as the day when there is no tiger in the country will seal our fate with nature! Though thankfully as I said I am not the only fool, there are few left so there is hope for tigers & if you are surprised why I am referring only tigers well its apex of the nature’s chain in the forests & if a tiger (or a leopard or wolf) survives in any habitat means the entire wild life chain is secure!

Oh, ok, sorry, as the whole my hue & cry is outcome of news I came across on FB post by die hard wild lifer friend Sarosh Lodhi who is founder member of wildlife group named CLAW on FB! It has an image showing partly burnt carcass of a tigress supported by details that the tigress was using a cave near town Pandharkawada, Yeotmal district in Maharashtra & a forest guard found on his routine patrolling that the tigress has been dead in the cave. As usual there was all sorts of claims & reclaims, funniest is the statements by local officers (with due respect to their funky position), just see the news cutting along, the officer wasn’t sure she was pregnant or not, killed or died naturally, when the news also said the claws of tigress were cut-off from the body & were missing as well there was fire at the mouth of the cave & there were clear marks of stabbing on tigress as well around her neck! Agreed post-mortem report is a must but a tigress was seen around that cave over a month by locals & sure forest guards does knows to identify a pregnant tigress is she is carrying four cubs in her belly & yet we provided no protection to her as it wasn’t a protected forest so human interference was bound to be there, isn’t it? As well it’s not just about safety of the tigress, it’s about people living around also as thankfully the case is of clear poaching from visual evidence itself!  But it could have been an accident also as if the tigress by mistake has attacked some innocent human for e.g. some firewood collecting lady or cow dung collecting small kid going too close to the cave or stumbled upon the tigress itself on her way back from waterhole & got killed; I wouldn’t blame the angry husband or father of deceased going to hunt down the tigress, which eventually has been the same outcome except selling her parts, which has happened in the reality!

I have full sympathy for the deceased tigress, for the people who live around such tigress & I have part sympathy for the forest people which works outside Project Tiger & yet have to deal with tigers! I am saying part sympathy is because one forest dept is always given step-child treatment from the “Mai Baap” govt especially other than blue eyed project tiger staffers! Imagine you are a forest guard & your job is to protect not just a tiger from the humans but to protect humans also from the tigers & you have neither authority nor power (or machinery) to do both, what will you do? It’s not some stray-dog you are monitoring, it’s a tigress that too pregnant, she has to feed herself as well cubs in her belly & you don’t have even a gun to protect yourself or any such thing nor you have enough man power to surround her hiding place & not allow any person to gone half a kilometre near that place & this is in day time! At night time when you can't see anything & you know a tigress can see clearly in darkness & you can’t use event light so not to disturb the animal as well you don’t know the poacher’s numbers or weapons they are equipped with & both the tiger as well the poachers are ready attack on you if you come in their respective tasks, in such case how many of us will do the job of protecting the tigress with full dedication? And then about the prosecution part as the said poachers are captured is also a news, I appeal to all the honorable judicial system, please mind the statistics of numbers of tigers vs. numbers of humans I gave above while you write the verdict for the poachers which killed a tigress with four cubs & use that logic for every wild animals killing by the humans, change the laws if you can’t go beyond what’s been written in your wrote law books!

I know many wild life lovers will despise me for my logic about the forest dept but that won’t change the reality, this is why I said part sympathy for the forest dept as this situation they themselves have landed in as why they can’t demand (read as top bosses) enough man-power with proper machinery like guns or protection shields (just example) type things to every forest personnel & on other side we discuss things like satellite surveillance on Project Tiger forests, pathetic lot we are! As imagine a single guard (van-rakshak) living among the natives some of which are the poachers and are keen to half of the villagers, how you expect a single guard going against entire village? As well, it’s a small place (most of bastis or settlements) around forests & poaching even that of wild boar can’t go unnoticed, how come you allow that & doesn’t inform to your superiors in time to avoid further damage like the tigress got injured by the trap for wild boars, is what statement of one of the respective forest officer! At the same time a tigress doesn’t start living in some cave overnight, right? She must have been made this particular cave as her habitat over at least a period of few months or been seen or used those parts of the forest & many other must be knowing her existence including forest dept. What kind of awareness programs has been conducted among the native residents regarding the tigress is something I will like to know about! Also to all the so called NGO’s, again keeping due respect, what we all were (and are) doing except visiting sanctuaries & clicking snaps & giving guards & guides tee-shirts & caps (food packets also) but what about making people know there lives a tigress in this respective cave & she needs to be protected from us same as your lives needs to be protected from her; where we were till the tigress got killed? So many questions which we ask only after a tiger gets killed & wrap them like we wrap our fancy cameras when we are back from the forest trip & again asks same questions only when next tiger gets killed just the way we open the camera bag for next forest trip!  Guys, keep asking the questions at-least & keep shouting over such every wild animal’s killing the way tiger keeps roaring in the forest to make the forest knows that there exists a tiger in it or else you never know which will be the last roar of the last tiger, till then god bless the tigers!

Posted by sanjay deshpande at 8:57 AM