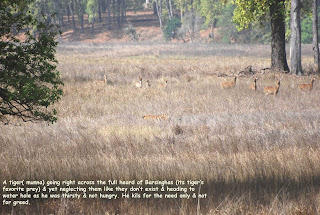 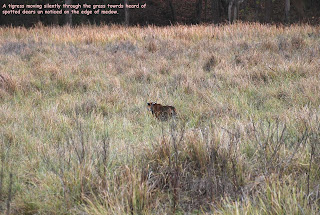 Choose only one master - Nature….Rembrandt
Friends,
Just back from a four days trip from Kanha & each time when I visit the forest, its refreshment which only the one who has experienced can only understand or share. And it’s a thing which one has to feel by himself & for that we need to be open with our own self to accept that feel whole heartedly. A times looking at the way our needs or rather greed, are encroaching the forests makes me fear about how many more years or days I can enjoy this feel or surrounding may be the visit is only for 3/4 days! And then the next thought is unavoidable i.e. the comparison with the jungle we live in!  Its Urban Jungle or Concrete jungle as few may call it.
In so many ways forests teaches us how to live together in real terms & behave also, rather what we call society or community living is best exhibited in forests. But for that we need to visit it often & with open mind! Here are few of the scenes which you can compare with our day to day experiences in a Metro…
A full grown male tiger crossing a grass land right in the middle of Barsingha group (its rare specie of dears & very favorite food of the tigers) without even looking at them! Because he isn’t hungry but thirsty, so was heading to water. The tiger only kills out of need & never out of greed & this is applicable to every animal in the forest. Nothing in nature happens without a purpose or just for the sake of an individual! That's the way a balance is kept in living & no one crosses its limit. And look how we behave in our jungle, size of a  2 bhk flat has gone to 1200sft to 1500sft when it’s easily can be fitted up to 1000sft making it impossible for common man to think of 2bhk.
Similarly in forest each tiger has his own territory of 10-12 sq km. This allows each of them to survive also maintains the balance of grazing animals in the area. And look at our living style, all are interested to have a flat in posh locality making the rates in a particular area go sky rocketing!  Thus eliminating chances of most to buy a home in that area, for e.g. Prabhat road or Koregaon park ! It’s our greed for more which makes us forget what’s our need & that’s why the real estate industry & people surrounded to it are looked up by common man from black goggle! It’s often talked about affordable housing but that does only can be achieved if we understand this concept.
Another example is spotted dears (chital) & monkey’s togetherness is a classy example of how one specie can help other to survive. The monkeys stays on tree tops & can see the Tiger coming from a distance & alert the dears at the same time when its thick jungle & visibility is poor & monkeys have come down on ground for food at that time the chital can smell the tiger from a distance & alert the monkeys. This is perfect living together example & look at our attitude in living in so called posh complexes. How many times in case any flat burglary happens we read the statement of the family living next door than we haven’t heard any sound as we were busy watching TV or we did heard some sound but we thought its usual thing! And the criminals flee away undetected! And we call our self a society!
Then I saw a Tigress walking right across some 20 vehicles with visitors & went for the kill of a dear, without getting disturbed by so many spectators & paying any attention to them! She was focused on the job & that’s the hunting for her hunger! Again when I am a developer & building home for my customers, I should be focused with that target without getting distracted from my main job & that is to give a good home to the person who has shown faith in me & my organization! How many times we see that? And it’s not applicable for the developers only but to all those who are connected with real estate industry & are supposed to make a proper infrastructure for the city keeping the citizen’s well being above all. Again it’s our attitude which is restricted to our own self that’s what making affordable housing impossible.
If you look at Kanha forest from any hi altitude, all you see is a sea of all shades & sizes of greens. Its perfect blend of tall trees like sal, various creepers, fruit bearing trees like jamun, mahua & the grass as well bamboos. The whole forest has a pleasant & fresh fragrance where we can’t separate out the individual essence. Can we see such view in our city where all sorts of houses perfectly amalgamated giving enough room for all segments of the societies & taking care of their basic needs for living? Well, we all know the scene but it’s us only who can make the scene change!
As the Rembrandt said Nature is the best Master but as a human being are we not going to prove ourselves the best student by learning from this builder? I think the answer has got the key to our feature.
--
Sanjay Deshpande
Sanjeevani Dev.
Envo_power Committee, Credai, Pune
Please do visit my blog to know about our philosophy at Sanjeevani !
http://visonoflife.blogspot.com/
Social Side of Sanjeevani !
http://www.flickr.com/photos/16939159@N05/sets/72157625491480779/
www.sanjeevanideve.com
Think Green, Think Life
Posted by sanjay deshpande at 1:00 AM No comments:

Kanha, Battle of the Grens !

Plz click above link to visit my kanha trip snaps.

Every time I have some moment on a sea shore, or in the mountains, or sometimes in a quiet forest, I think this is why the environment has to be preserved… Bill Bradely. 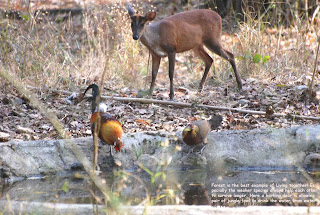 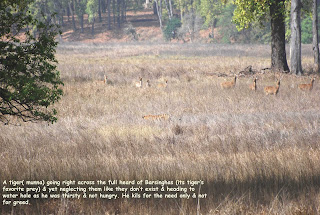 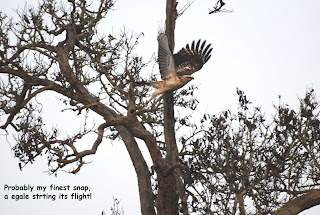 Think Green, Think Life
Posted by sanjay deshpande at 7:35 AM No comments: