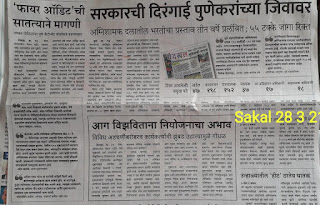 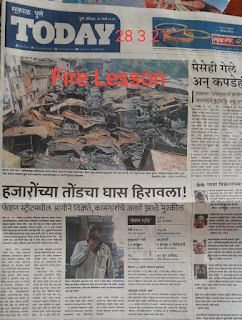 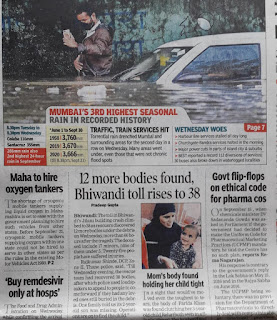 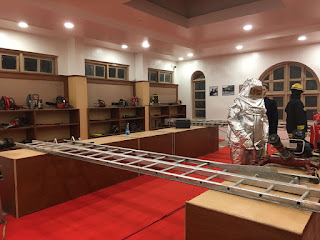 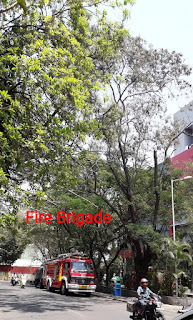 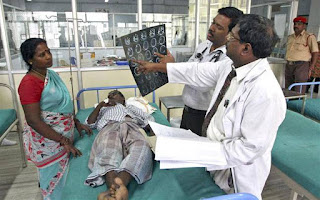 -
“Knowledge that can make miracles happen needs to be guarded carefully. If it falls into the wrong hands, miracles become disasters in no time.”...Pawan Mishra

Pawan Mishra is an award-winning author, producer, director, and a leader in finance and technology industries. In Jan 2017 Huffington Post listed his novel "Coinman: An Untold Conspiracy" as one of the best independently published fiction books of year 2016. He is one of the leading Indian names on the International horizon of writer’s & no wonder his above words which are linked with age old Hindu Philosophy which as usual has been applauded by the world ( I doubt) but has been turned a blind eye on, by none other than his own fellow countrymen, i.e. India! Because disaster after disasters keeps hitting us & now we are so used to reading, watching & even suffering all the disasters that every day seems like a miracle. I started writing about Uttaranchal land slide or flood whatever you call it disaster (I mean latest one) a place, which is thousands of kilometres away from us & before I could finish it one more disaster happened right under the nose i.e. in our Smart City i.e. Pune & its fire at Fashion Street market, consuming nearly 600 plus shops making thousands of families beggar (once again) by the losses it causes, the only solace was as the fire happened at night there wasn’t human life loss! Couldn’t imagine what it would have been had such fire hit the fashion street on Saturday evening when it’s in full bloom & with Covid scene around!

Well already a lot is being written about Kedarnath i.e. Uttaranchal land slide & the flood it got along or vice versa &  as usual there were allegations by everyone against everyone! The govt blames it on nature (best thing, isn’t it), the environmentalists blames it on govt & industries (thankfully no builders up there), the native people around says they have been warning the authorities about such incidence might happen but authorities ignored it (as it is) as well the authorities accuses the natives also for wood cutting & illegal hill cutting to flatten the land for farming & the blame game goes on like “Maza mamamcha patra harawala” (please don’t ask me to translate it, it’s a childhood game)! And the best part is the nature doesn’t blames anybody but it just reacts & it reacts against everyone which comes in its way, may it be humans, cattle or even power plant, washing all of them downstream, together! Again as usual there were news efficient of rescue operation, there was picture of a dog which was waiting for its missing owner at entrance of a flood blocked tunnel & there was news of Hon Supreme Court has taken cognizance of this disaster & ordered a through inquiry for the reasons & till then any river digging in Uttaranchal is banned i.e. for the purposes like sand exploration etc!

Keeping full respect for the men & women who bravely were involved in rescue operations, all I will comment, good, very good, keep on doing all the rituals which now are part of this disaster management! But just like in Bollywood movies the Police always use to come at the end fighting of the movie, the disaster management actions always ends just as post-mortem of the disaster instead preventing the next one, which happens soon & makes us forget earlier disaster!

Some three years back there was an article in news-papers about how less equipped & understaffed our Smart City’s fire department is & I really admire the courage (some call it foolishness) of our firemen to fight with not just fire but with floods & many such things with just one stick & hose pipes which seldom carries water! No fireproof outfits, no masks, no well equipped rescue machinery, no instruments like foam cylinders or gas guns nothing & yet there hasn’t been a real disaster (read as life taking) in this city. No wonder the country which runs only behind those who make most publicity of their actions, the fire dept rarely in news despite their herculean work & nobody cares for their infrastructure only when the Déjà Vu disaster happens & which happened in the blaze at Fashion Street! If anyone has visited the place then a person with some common sense can see that it’s a living time bomb, with nearly six hundred stalls cramped in the space which is just enough for one hundred stall & all card board to temporary partitions between the stall which are highly combustible & every sort of goods stuffed in these stalls, all it was needed is just one spark & boom! That happened on last Saturday night (does date matters!) only fortune of the city & citizens & the fire dept was it happened in late night so the market was empty yet the damage will wreck thousands of families backbone by taking away everything they has! Problem is not just of the system or some fire dept but problem is of the city, the people which goes at such places to shop & the traders too, as agreed govt doesn’t cares for your safety but can’t we our own also don’t care for our lives, is the question always haunts me! And the answer is “No”, we the citizens only don’t care for our lives so why blame govt or some fire dept as the city where helmets are to make compulsory to protect citizen’s heads, how can we even dare to think that the very same citizen will care for safety from the disasters like fire! Some years back there was fire in up market of South Mumbai in a posh restaurant & thirty plus lives lost, all from elite class. Immediately I remember every ward office in every city came in action conducting surveys of such establishments & gave notices for conducting fire audit & that’s all! Here at Fashion Street also fire dept has issues notices, warned concerned authorities for fire audits & take safety measure, now whom you will hold responsible & gave stop work, I will love to see that!

Déjà Vu 3; what else but Covid!

This is latest in displaying our attitude towards disaster management as first wave receded & after facing lock down for nearly eight months, we thought we won & Corona is gone & instead being prepared for second wave or any such another pandemic we closed down all the medical facilities, winded up Covid units & started celebrating! And now again the same scene which we faced a year back is looming on our head i.e. head count of patients increasing (faster than first wave) & again we are playing the same tune & people are facing the same fate! No hospital bed equipped with oxygen type infra, no trained staff, no vaccine, no masks, no social distancing, hand wash is out of question as we can’t see what one is doing after going back home & all we know is have another lockdown! What better example of Déjà Vu could have been there than our useless, foolish, ignorant, careless attitude towards disaster management & when I say “our attitude”, it’s not just the govt but every one of us is included! As neither the govt made any preparations on medical facilities front nor the public learnt any self discipline to face the next wave of pandemic, so who should be blaming whom now!

By the Déjà Vu means a feeling of having already experienced the present situation & this is why I used the term for sharing the disasters we are experiencing! May it be nature or man made a disaster is never an accident, its outcome of our attitude (read as ignorance or arrogance) towards our past actually! There always is first time, may it be flood or fire or pandemic but what we learn while we face the first disaster & what we act from what we have learn decides what we are & going by the way we are doing at present, no wonder the Déjà Vu of the disasters will be our best friend as that's what we the people deserve actually! And then the country of one thirty plus crore people  which believes (or lives) on miracles,  is in itself a miracle, so get amazed & be thankful to the god for every new day we wake up to live again, to experience the Déjà Vu magic!

Posted by sanjay deshpande at 5:17 AM