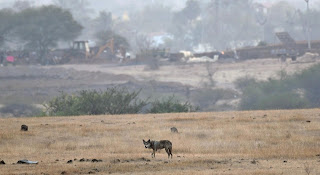 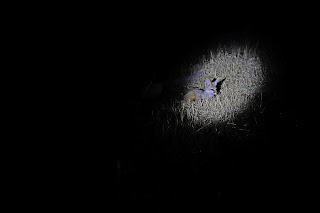 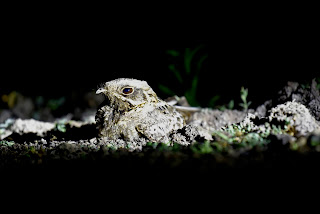 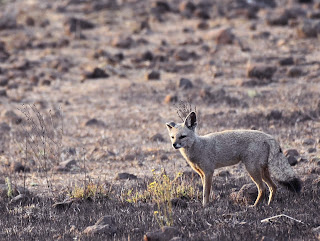 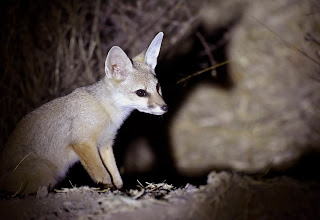 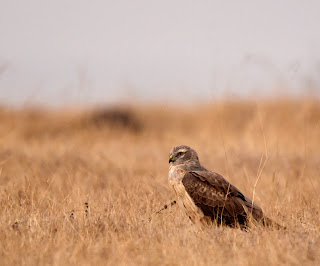 “But more impressive than the facts and figures such as height, width, age, etc., are the entrancing beauty and tranquillity that pervade the forest, the feelings of peace, awe and reverence that it inspires.”... George MacDonald.

George MacDonald was a Scottish author, poet and Christian minister. He was a pioneering figure in the field of modern fantasy & fairy tales literature and the mentor of many fellow writers. No wonder it’s only a fairy tale writer who can describe the forests the way Macdonald has written about those greens! Most people when heard the word forest the scene comes to their mind is of tall trees, greens with creepers & flowers everywhere & serene types but then let me tell you not all forests are evergreen or with creepers & flowers & mist looming over them & with lots of water bodies around! Some forests are yellow, grey even black too, seemingly barren on the surface & all you see is just shrubs or dried grass covered land stretched over miles but they are equally alive as any other typical forests you think about or know about!

Interesting Central India is gifted by the Nature God with many such grasslands & entire Deccan Plateau which ranges from foot of Western Ghats & stretches towards south-eastern side of the country. Most of this part comes under rain shadow because of mountain ranges of the Western Ghats & all the grasslands are the outcome of this rain shadow area i.e. very less rainfall. Pune district is very special on the habitat front or say forest front as on the west side it has got classic western ghat forests i.e. green with rivers, stream & wooded hills then its south-east side has secondary type  grasslands rich with many species which can survive only in such habitats!

Most people (even the regular forest goers) doesn’t know that grass land forests is a separate type of forest & is home for hundreds of species like Indian Gray Wolf, Bengal Fox, Termite Hill Gecko as well birds like falcons, kestrels, short toed eagle & many such all of which now are in extreme danger of extinction. Needless to say the reason for the threat of extinction is none other than our (humans’) encroachment on these grass lands for reasons of our needs like cattle grazing, residence, farming, industry & if nothing then due to sheer ignorance towards these grasslands! As whenever the term “save forest” is referred it’s usually taken as trees, creepers & an area with tiger (mostly) in it & all the focus of conservation is towards such habitats or lands or terrain, whatsoever you call them. And unfortunately (with all due respect) the forest dept (read as govt) also is no exception to the above misconception of “save forest” mission & that’s why the grassland forests are in grave danger along with species like wolves! Already the forest dept is poorly funded & to relocate the villages from core areas of project tiger itself is a problem so to acquire the land under thousands of hectares of grasslands is a near impossible job for the forest dept. And then the poor infrastructure of the forest dept as well allied other department’s ignorance towards wildlife is another “kamjor kadi” i.e. weak link of the system. All these lacunas, some genuine & most deliberate are major enemies of the grasslands which are taking their last breath along with many species & the scene is not just around Pune but all along Central Indian terrain!

I will share my own experience of visiting this grassland patch in March 21 near Pune, its some 70 off km from Pune & in span of six hours I could see  a lone wolf wandering for food, a male fox, a fox den with pups, some reptiles, Montague harriers (many of them), short toed eagle & many such. Where we saw Bengal Fox pups on the den, some 100 meters from there domestic cattle were grazing & where I could click the Grey Indian Wolf, just 300 meters besides it a JCB was clearing the land for plotting! Then at night we had round of the grassland & where hyenas is supposedly roam I saw bright lit rubber industry which the tour operator told me has come up in last year only & just ahead again entire grassland patch has been divided by a barbed wire fencing stretching for a kilometre length blocking the path of animals for that entire length! I understand (being a builder & civil engg by myself) all these grasslands must be under some private ownership & legally the said land owners have every right to utilize the potential of their ancestral land but for the very same years (or even more) the said grasslands are owned by wolves, fox & hyenas too, right? Most people may laugh at my logic & tag me as fanatic wild lifer but the truth remains & I am not saying not to give these grasslands to other animals making losses to its human owners but can’t we strike a mid way, is all I am asking & that’s what government is for, right?

Solution to save these grasslands is two or three fold, one is slowly making budget provisions & acquiring these grasslands exclusively for all the species is the best way which I know isn’t easy but we can do it as a long term solution. Another things is, use the locals around these grasslands (including such land owners too) as the saviour of the grasslands by making them realize as this can be  a good source of income as wildlife tourism need not have been just tiger & leopard is by now many people knows & do enjoy visiting such habitats. And such tourists who know the danger these grasslands are facing after visiting them can be a source of survival by their inputs which can be money they will spend here or awareness & many such avenues which we call conservation. Till all this happens deploy at least some staff, in & around such grasslands to protect the wildlife which is in grave danger of immediate threat of assaults by domestic animals & humans as monitor lizard & hare are favourite hunting targets for trade & food & which are abundantly seen in such grasslands & this is just one example. Agreed nobody hunts & eat or trade a wolf or a fox but if you burn away every grass leaf (grass burning for increasing fertilization potential of the land for farming is common phenomenon here) & kill every that specie which is food for a wolf or fox, then what you think will happen to them in the end?

Guys, the sight of that lone wolf looking in my camera while its wandering aimlessly for the food on the vast spread of burnt black grassland with JCB’s working to clear the remaining of the grass, haunts me even when I am awake; like it was asking me “look what have you done to my home, how you will feel if I do such damage to your home”! Well, one thing I promised to the wolf, from the camera lens, “you are not alone, just keep your hope alive & I will do my best for you”!

Here are some clicks of the grassland safari, click at the link ...

Posted by sanjay deshpande at 4:16 AM