Growing Up is finding Inner Peace! 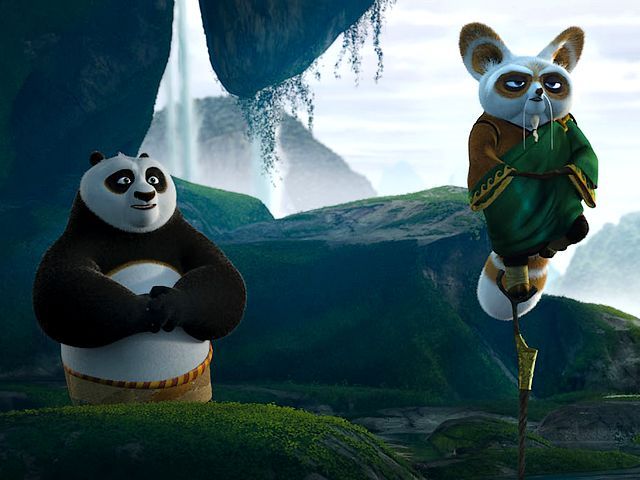 “Age is a case of mind over matter; if you don’t mind, it doesn’t matter”... Satchel Paige.

Leroy Robert "Satchel" Paige was an American Negro league baseball and Major League Baseball pitcher who became a legend in his own lifetime by being known as perhaps the best pitcher in baseball history & no wonder such words can come from an athlete only whose life has been other name of game! How rightly Piege has put about the age & on my own birthday what better words I could have chosen! As there were times in each of ours childhood as well teen age when we used to celebrate birthdays thinking we are growing up & soon will be able to take our own decisions. And suddenly one day we realize we have grownup & then we get hit with the hard fact that life was far better & happy when somebody else used to take decisions for us! I think what we miss most when we have grownup is the innocence & care-freeness within but it’s not lost in the years, it’s very much with us. When we grow up we think innocence is excess baggage & often lock it up under the tag of maturity & a birthday is the day to find the key to unlock that innocence within & be carefree to feel the beauty of life around us!

Actually, its recently I started writing on  my birthdays  too not just as self dialogue but to share the same with my sons as I think some day they will ask me the question, “Baba, what things you yourself have been practicing, of you told us to do?’ And having dialogue with our own self is one thing I keep telling them as the person who doesn’t tries to communicate with himself, how he will be able to communicate with others? Though often I used to wonder what to write to my own self as it’s easy to share something with readers or audience but how many of us ever tried making our own self our reader or audience? Many will think this is madness as only psychic persons speaks with themselves, is what we have been told since our childhood & later on when we grow up (does we truly is different question). Then we are so busy putting our views forwards or listening to others that we have forgotten that there is something named dialogue with self. Now, many will ask how to do it, as Meditation & Dhyan are out of capacity for most (though it’s very much doable for anyone but people just don’t try it), so what a person should do to have dialogue with self? Well, try doing things which you like to do for yourself & not for the sake of posting on FB or show off to others, is the simple answer. Now, the next question is, how I will know what I like to do for myself? My answer is, keep trying things which will make you genuinely happy & at peace (this one has to define for himself) & those things may be weird or crazy as someone might like to go to top terrace of his building at night &  just keep watching stars or someone might like to paint abstract paintings  (which people may laugh at) or someone might be happy by singing Yo Yo Honey Sing’s silly rap; anything can make you happy as its your happiness so you only ought to define it!  I have tried by my own way & then I came to know that I like writing, I like walking alone on unknown streets & the list of things making me happy goes on as I have started realizing happiness can’t be restricted to some defined acts but its related to every act, just one should know to become happy in first place!

I am die-hard fan of cartoon movies & one of my favorite cartoon movies which is all time classic also, is “Kung Fu Panda”. It’s a character in the form of carefree Panda who is destined to be a Kung Fu Warrior & who himself doesn’t believes that he has any capacity to become so, yet in the end he becomes greatest warrior of his time. It’s not just about Kung Fu i.e. one of the ancient martial arts but it’s a journey of self understanding. Best part is, Po has shown having troubled past as he has been haunted by the question, who he is (most of us never reach to that level in itself) but one moment he realized he is just a Panda & that’s the truth which he has to sink in as Kung Fu Warrior & all other things are just shell & doesn’t matter much! But the character I love most in the movie isn’t the cute Po but his Guru i.e. Master Shifu, an aged martial art teacher with philosophical base & who believes the journey to become a great warrior is always inside out! All the time he is shown chanting the word “Inner Peace” & yet when he understands his pupil, the carefree, innocent, childish even a times foolish looking Panda, has achieved Inner Peace before than his master, Shifu bows in-front of his own pupil  & requests to teach him Inner Peace & at that moment he also achieves Inner Peace! As all the time he was searching a key to Inner Peace & when he sees Po achieving it, Shifu realizes he has locked that Inner Peace & he only has to unlock it!

Well, we all are destined to become something though our childhood fascinations were something different & very few are lucky enough to become what they have dreamed of being in their childhood. Speaking about myself I don’t exactly remember what I wanted to become as right from rail-way engine driver to police inspector, there has many tracks which my train of dreams shifted but today when I look back after becoming what I have become, I feel no regret & I think, I have achieved some shade of Inner Peace, if not fullest! Because now nearly completing 49 years when I look around, rarely I see happy faces which consider themselves as grownups. Agreed, growing up is never easy but does that necessarily means we need to be sullen face & always keep worrying about something or other? We have created so many barriers around us in the name of career, success, competition, position, stability, and progress that somewhere we have forgotten what living means! One may say, it’s easy to say these words when you have a full stomach, especially on financial stability which is foremost criteria of success in our society but what about so many around who has hundreds of worries & which are facts of life? Indeed life is difficult but most needs are self created is also a fact rather growing up is, understanding difference between need & greed is what I am learning. In a way calling successful is like tag of Kung Fu Warrior, isn’t it? Today if I start considering myself as greatest warrior just because I happen to defeat my opponents till now, then that’s making of biggest fool to me by myself! This “till now” is very important & then you know how much vulnerable you are is what I have realized & I think the day you realize it then you are above any tag as today it you defeating others but tomorrow someone better than you will be defeating you. As no defeat is last & no victory is final, unless it happened to be with your own self, is the truth such movies has tried to teach me. I said tried to teach me because yet I have to digest this philosophy fully but this understanding tells me that I am slowly but surely growing up.

And when now you must be starting to understand how we make the simplest act of entering in to dialogue with our self difficult then there are the biggest hurdles like FB & Whatsap, which we call social media. Man is a social animal but only to boost or flaunt his achievements is bitter truth; rather, in the process of checking the likes we got for our post we have forgotten what “I”  in “Me” like by myself! Agreed, like any medium if used wisely then social media also can be put to great use;  as do mind, it’s just like a knife in kitchen which is useful to cut the vegetables or fruits but the same knife can be used to slit someone’s throat or suicide also! The worst curse present generation has got is to live in a virtual world which runs on likes or dislikes & comments; defeating the very purpose of sharing or dialogue. I am happy that though I also use FB & Whtsap but I have real living friends too, with whom I can share my life over a cup of tea & that’s more valuable for me as that sharing makes me a better human being. My sons, always remember you may have thousand of persons to praise you for your achievements & there will be more than thousand who despise you for what you are behind your back but you will be lucky if you get even one person who will tell you on your face what you are & I am luckiest as I have more than one such person around! And for them also you having dialogue with yourself is very important as to understand who your true friends are, you need to know what you are truly in first place!
Finally, what we become doesn’t necessarily can go in hand with what we wanted to become but one thing is sure no one can stop you becoming a good human being. And if you have become one such then it hardly matters what you have become & same is applicable vice versa as if you have become ruler of the world but failed to become a good human being, then does your kingdom has any worth, ask this question to yourself as there lays the key to inner peace!

Lastly, I will say some journeys are like walking in desert with no signage of directions or mile stones to make you know distance you traveled. All you have to do is believe your intuition & follow the direction what your heart says & keep walking, without missing to enjoy the beauty of the sand dunes along. Journey of life is one such; thanks for helping me in ageing like Master Shifu in Kung Fu Panda, yet keeping that innocent Po in me bouncing, is what I will like to tell all you my friends!


Please do visit my blogs to know about our philosophy at Sanjeevani ! (Click the links below)

www.sanjeevanideve.com
Posted by sanjay deshpande at 9:10 AM