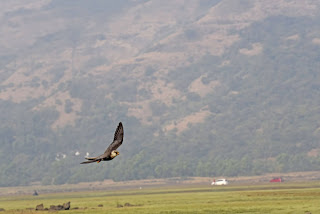 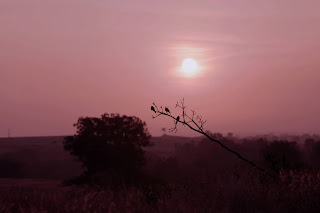 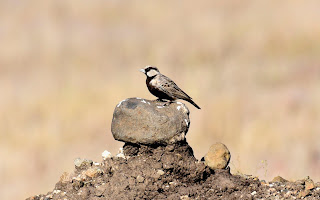 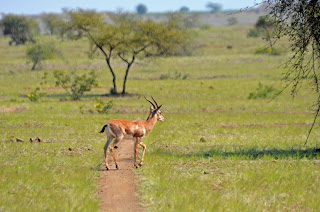 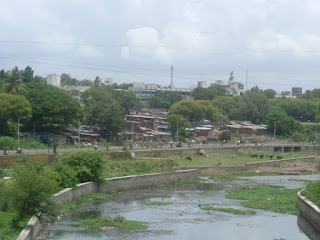 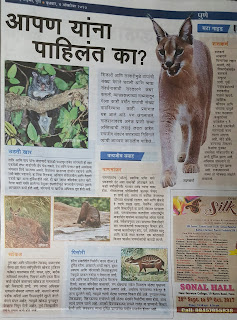 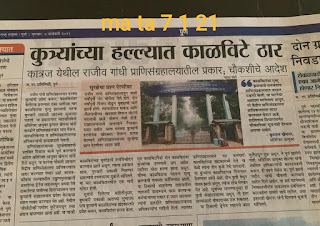 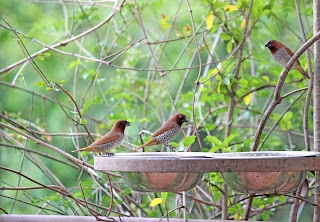 “In the nature every specie has its own way to live but only the humans live by making others life miserable”... Me.

Lol, above words are by me only (who else can be so sarcastic!) though these words are not an outcome of frustration (fortunately) but amusement whenever I get to observe our race’s (read as human) behavior towards other species! And recently once again I got to witness though the reason was not wrong (this time), without stretching your curiosity, its about Amur Falcon's sighting in a town Lonavala near Pune which is more known as hill station! Indeed Pune is famous for its nature & wild life lover's & of late the money as well stability has made many well settled people to become birder & many youngsters are also part of this league ! Nothing wrong rather I always think it’s a boon as the money spent to buy fancy cameras & other gears is finally going for nature conservation only. And then due to access to this money only, the so called birders' & wild lifers' can visit many places which common man or the tourist won't ever think about venturing in to! And when the place is so nearby & the object is something like Amur Falcon which hasn’t been ever seen in these part of the country then no wonder it has become talk of not just Pune but entire central India. As wild lifers (birders) flew in flock faster than any prey or hunter birds to capture this bird at Lonavala. For those who are thinking that internet (FB/ Insta) has go mad with images of this bird & Kestrel i.e. another prey bird in the same habitat, well Amur Falcon is a resident bird of China Siberia border (Mongolia) & travels nearly some twenty thousand plus kilometres every years in winters to Africa & on route it stops in India in Nagaland! That makes Amur Falcon unique as no other prey bird travels to such distance every year!  In the process, thousands of Amur Falcons every year visits Nagaland  in India & if you want to see this bird then you have to go to Nagaland which is nearly three thousand plus kilometres from Pune or Central India! Now you can imagine why all these people are rushing to Lonavala to click Amur Falcons as it’s cheap & habitat is grass land which isn’t the case with Nagaland which is thickly wooded to make photography difficult especially that of the birds!

Now, one will ask what’s big deal, just one bird & why so much hohallaha like it’s something coming from Mars! Again I don’t blame to all such question raisers as when its nature & wild life, there are only two categories in this country (even world), one is, which really cares & wants to do something for the wild life & other is which just don’t care as they are ignorant & thinks that the wild life conservation is baby of affluently rich people who has done with their all needs or of the people who are crazy in their head (scientist types) & again I won’t blame the other category people for their this logic as they are right in a way! As in those who calls themselves as wild lifers are two categories, one who really cares & wants to do something for wild life conservation & second more recently evolved specie is of well settled personalities from the city life for whom this is new in thing as well get away from their so called successful city or urban life! But that’s ok unless & until their hobby or get away is beneficial for the wild life no harm if they encash it with some publicity of social media & takes pride in getting labelled as wild lifer!

Problem with this second category of the wild lifers is they want to click the wild life & show-case it more than to conserve it & in the process agreed tourism & allied activities does helps people around wild life gets their earning but the over enthusiasm to get the better shots does bothers the actual wild life i.e. the habitat including the object, may it be a Tiger or Amur Falcon, this is my cause of concern & sharing! As the moment news spread about sighting of the Amur Falcon in Lonavala in a habitat which is grassland patch among hills & part of backwater of a dam which is under control of Tata Group & not under forest dept or any govt dept, the place is flooded by wild lifers of both categories. And agreed nobody wanted to harm the Falcons or other birds but the way we invaded the place it may be harmful for the birds over there in the long term. As first it’s a grass land with lots of wild flowers & shrubs things & all sorts of vehicular moment is happening there to capture the best shot, damaging the grass itself because of this moment! Then more people means more garbage & thrash attracting birds like crows & kite & stray dogs to thrive on this garbage which in turn will be a big threat to not just falcons but their prey base, driving them away from the place which they must have chosen as a safe base! This has to be controlled & managed in proper way is the only concern as no harm in admiring the falcon in our area & give it popularity by clicking its shots (and in process get yourself also popular) but if we want this bird & many other make this habitat as their home & visit here every year then we only should make their stay comfortable, right? As the migratory birds or animals are like guests in our home which we love & want them to visit us again & again & that will happen only by we treating them in nice way so that they should feel to visit us again, is the simple logic!  And on that front we are useless as a host for not just the Amur Falcons but for any specie, is what I wanted to point out. Because it’s not about falcons & the grass land & Lonavala but there are such thousands of spots in our State & the country which has been gone to dogs (literally) because of our carless & ignorant attitude towards our guests which are in a way form of the nature itself! We don’t know how to treat our guest & take care of their stay with us thus we either drive them away or make them extinct many a times. Classic example is in our Pune city (shall I call Smart City) where the rivers Mula & Mutha used to have many migratory birds as visitors & we polluted the rivers to such an extent that now there are no such visitors we get! And this list is endless right from kawdi paat (an eastern suburb of Pune) where many birds used to come & pollution of water body has driven them away. Under the name of beautification we changed the biodiversity of Pashan Lake, another wonderful holiday home for migratory birds & now they have deserted it! And then we have such hundreds of spots around every town & city in the form of water bodies or grass lands or hills which have been used as a vacation spot by many species of birds every year which we didn’t protected properly & are now abandoned by all these wonderful visitors!

I think instead of playing the usual blame game; let’s focus on how we can undo the damage done to such patches of land which are actually habitats for many species around. As the sighting as well publicity the Amur Falcon has got is actually a ray of hope in the darkness around, that still we have got some places available which make our nature’s guests happy & they are willing to come & stay with us for a while! It’s not about whose job is it to protect such lands, it may be a forest dept or Tata employees or wild lifers or common citizens, as for the birds we as human are one specie only! Joke is the birds & other animals can understand & acknowledge we the humans as one specie but we ourselves haven’t understood it & keeps differentiating among ourselves & fighting within us only thus making our home (read as earth messy) a non welcoming place for our guests like Amu Falcon, hope we will achieve the wisdom like the birds has, some day; amen, with this note!

Below is something I posted along on my flicker account with images of Amur Falcon & which was the inspiration behind above sharing!

"If you listen to birds, every day will have a song in it"... Kyo Maclear

Kyo, is author of the famous book, Birds Art Life: A Year of Observation & no wonder that's why she can write so fondly about the birds! Well, many wonder how I suddenly started birding or got interested in birds, simple, for me birding is just one face of wildlife as what's wild life without birds chirping & alarm calls! Indeed the birds, all types of them are very much part of wild life, it's just that they don't have a glamour like a tiger nor has got size like the elephant which can display it to attract tourists yet without birds any habitat is incomplete & that's why when I started clicking birds for me its wildlife only! And indeed it’s difficult to locate a bird & to click it by identifying it as they are fast, they are small (in comparison to the mammals) & they can fly so they can be anywhere & that's what makes  sighting & to click a bird more interesting. For me bird photography is not just using a big lens & taking a close-up but capturing its habitat, its space as then only we can conserve that bird by knowing its needs!

Recently a small flock of Amur Falcons is being sighted in town Lonavala near Pune & is a rare thing because it's not a bird you get to see in this part of the country. May be on its travel from Mongolia to Africa it has decided to take a stop & has liked the habitat which is grass land along back water of bhushi dam among hills which are fortunately still green! Jungle Belles, an organization run by Aarti, Anuj & Hemangi arranged our trip to the location & here are few clicks, mostly of females. They are bigger in size & seem to be bolder than the males. Will share more of the male Amur falcon images soon (hopefully)!  For anything you can contact JB at...

Watch some moments in the wilderness of Amur falcon at the link below & share if liked...

Posted by sanjay deshpande at 2:34 AM