Aarey; Battlefield of Nature Vs Development! 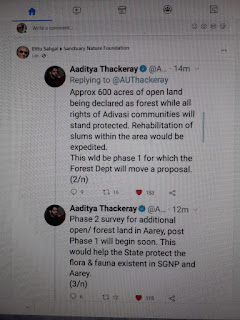 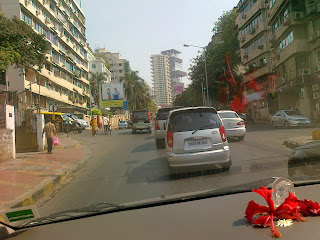 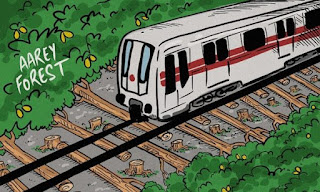 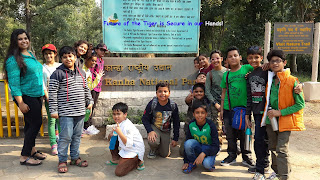 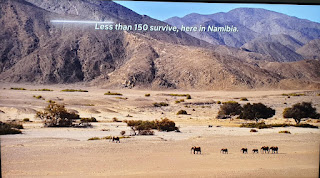 
“People of cities cannot know the importance of forests; to know this, one must first have sweet memories spent in the forests!”...  Mehmet Murat ildan.

Contemporary Turkish playwright, novelist and thinker Mehmet Murat ildan was born in Elazig on May 16, 1965 in the Eastern part of Turkey. And he amaze me with his philosophy always especially the way he relates humans & nature which usually on opposite side of coin of the battlefield. May be he is from Turkestan which is a dessert i.e. part of middle east & that’s why he understands or knows the importance of nature adhering the phrase about a Pyasa Musafir (Thirsty traveller) & the Oasis in deserts! As its in desert only one will know how important nature in the form of water & tress is to survive for a human. And no wonder elsewhere in the world (read as our country) which has (or had) ample of fresh water & tress in the form of rivers, springs, lakes & forests, grass lands but we never bothered about their existence leave apart the importance. And the outcome is today our monsoons are erratic, all over our progressive State, even little rains cause flooding in the so called Smart Cities, the trees fall down with mild winds which used to stood to the storms also, our streams/springs have become nallhas or nagzaris. Our lakes stinks, our once green clad hills are now slum centres, putting the slum resident’s as well neighbouring locality’s lives in danger not just for epidemic spread but for landslides & fire type disaster threats. Our rivers, well lesser we say about their condition is better & we are losing our forests in all forms, trees, creepers, grass lands or even shrubs or undergrowth (haa, what I am saying, undergrowth, anyways) are reducing faster than the hair from a balding man’s head. It’s not joke but the scene or say result of our career which we call success race is not just men & women are losing their hair cover from the head but entire city is losing the green cover from every available patch it had. And just the way no doctor or hair therapist can grow you hair again once lost, nobody can’t create a jungle or forest cover once lost is a fact! You can transplant the hair on you head & it’s a costly affair same way to transplant one single tree itself is a painful & costly & not assured job & here we are talking about transplanting forests! And then surface area of your head is limited but when its green cover, while we are referring to thousands of square kilometres of areas for replanting the forests!

And it’s not just green cover what about thousands of species which has made these green patches as their home for millions of years , how we are going to get them back again; high time guys to ask ourselves about development & the way we define it! The reason for this anguish or frustration is news which is twitted (retwitted) about making Aarey Land in Mumbai as reserved forest by the Mai Bapp Govt! Some solace, just the way a balding man will feel looking at few hair patches in the mirror in morning when he wakes up! Well for those who are innocent (or ignorant) Aarey is a milk product industry in the western suburbs of Aamchi Mumbai (govt owned industry I presume) & is spread on some hundreds of acres of land which is adjoining to Sanjay Gandhi National Park, the only National Park right in the heart of Metro like Mumbai & is habitat of some sixty plus leopards as well many other species. And needless to say Aarey land is also thickly wooded & is natural habitat with flora & fauna which has been preserved in its natural form for many years, fortunately, till now! Now the smart ones must have understand where my sharing is going & you need not have to be smart for that as nature & human conflict is the next sci-fi movies theme but unfortunately nature doesn’t have any James Bond or Superman or Avengers to protect it from the enemy named human & which are growing in crores with every year!

Yet all is not lost for the nature & joke of this war is we the humans are dumb to such extent that winning this war with the nature will be our biggest ever defeat is we haven’t yet understood! There may not be a James Bond or Superman fighting the war from nature’s side but sure there are many (though very less in compare to opponent’s army) Avengers who are fighting with nail & tooth (read as pen & camera) this war for the nature. One such name is Bittu Sehegal, founder of Sanctuary magazine, which for years has been voice of forests & nature. The magazine as well its FB group which has nearly one hundred thousand above members, continuously keeps taking up issues which are threat to nature (wild life) in any form & needless to say it’s mostly some development front only under the name of need or comfort of us the humans. Sometimes its widening of a railway track passing through Melghat forest or sometimes it’s a national highway at Pench forest or sometimes its CRZ (sea shore restrictions) violation making coastal biodiversity in danger or any activity which will demolish some green patch in our State or country, Sanctuary always raise its voice about such issues & makes common man aware about it. This is main problem, as most common men thinks what they has to do with this war of humans & nature & keeps themselves conveniently away from it thus in a away becoming alley against nature only!

Well, there are other groups also along with Sanctuary but about them sometime later, right now it’s a welcome step by State Govt (if it’s true) that Aarey land has been declared as reserved forest so the green patch has hopes for some time for now. And some time back the very same land of Aarey which belongs to govt was proposed to use for some development work of Metro of Mumbai, as that was convenient & would have saved cost of the project by millions of rupees is what experts said! Indeed it would have saved millions of rupees & of the people but what about we will be destructing forest & habitat which was there from million years, is something we need to ask, along with savings! I repeat I am not or never was & will, stand against any development as I myself an engineer that too civil! But it’s high time to rewrite our definition of development which mostly ends up neither giving comfort to the humans nor is able to protect nature, rather ends up in adding more discomfort to humans by destructing nature in the process of development, we call it!

If you don’t believe me, well here are few examples, Bandra (again a Mumbai suburb) reclaimanation or any sea reclamation, hasn’t it worsened the flood situations in entire Mumbai? Then our so called Development Plans of the cities, they never are able to accommodate the ever increasing population flowing towards Mumbai (or any city) & result is ever vacant piece of land which was mostly in the form of some reservation or greenery i.e. hills, grass lands, water bodies even mangroves near costal areas are surrendered to the slums or illegal human settlements which are centre for epidemic spread & are actually hell to live for any human being & we destroyed the nature also which was exiting in those places! Ok, not satisfied, then take a look at Smart City Pune, if you have guts then try walking along banks of Mula-Mutha (these are names of the rivers in Pune) for just a stretch of 1 km & tell me how you feel! Take a look at Paravti Hills & tell me what you see from Singhagad road side ! We couldn’t protect our rivers, our lakes, our hills, our forests & we call it as development, you still think I am an extremist! No sir, all the developments would have possible & are possible without destroying nature but one needs will & wish for it then only vision follows & ideas flow in the right direction, is what I am trying to put forward!

Today a small step could save a small patch named Aarey forest or land (I still hope) & in end it will be a biggest ever steps in nature conservation. As every day some green patch is getting destroyed forever, along with its original residents which are leopards, hare, butterflies, ants, sparrows, mongoose & many such & once they are gone we don’t ever try to get them back or relocate them as they cant demand their rights nor file a law suit against us. But do mind if you believe in nature then there is something like god also, in the form of an unseen power & he or she whatever we call it, has his own way of listening & serving the justice; just don’t forget it, is all I will like to tell to entire human army which is in war with nature & is happy with their present victories in it!
--
Sanjay Deshpande
Sanjeevani Dev.

Please do visit my blogs to know about our philosophy at Sanjeevani ! (Click the links below)
https://visonoflife.blogspot.com/2020/06/a-good-home-is-good-deal.html
http://jivnachadrushtikon.blogspot.com/

Posted by sanjay deshpande at 10:27 PM