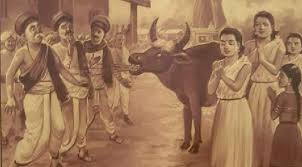 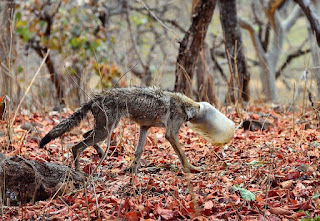 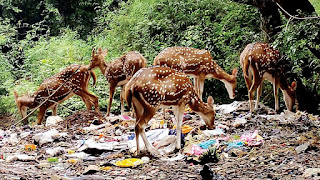 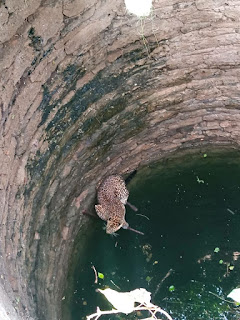 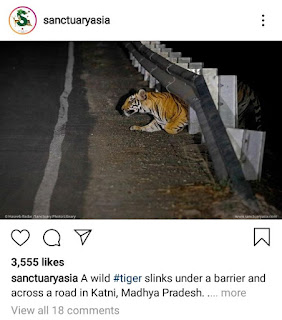 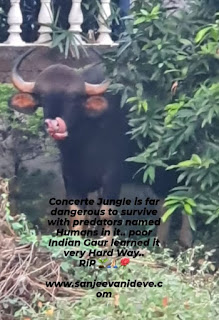 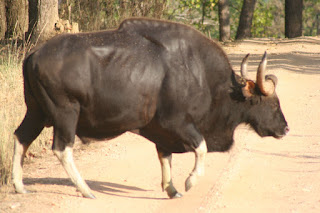 “Much of human behaviour can be explained by watching the wild beasts around us. They are constantly teaching us things about ourselves and the way of the universe, but most people are too blind to watch and listen.”... Suzy Kassem

Suzy Kassem is an American writer, poet, philosopher, and multi-faceted artist of Egyptian origin. The granddaughter of a well-known sage in 19th century Cairo, mysticism and wisdom run through her blood just as the water of the Nile flows through her veins.  Well, the last lines are not by me but in Wikipedia & once again when my mind was & is too numb to start the sharing, her above words came to my rescue. And if you are wondering why my mind is numb (which is more often a state, now days) then it’s the murder of an Indian Gaur (mistakenly called as bison) in open day light by none other than the humans which are smart citizens of the Smart City named Pune which is also called as Oxford of East & cultural Capitol of The State of Maharashtra which again is supposedly one of the most progressive States in the country! Well, by now people have forgotten also as there was shooting of supposedly a man eater leopard which has taken nearly ten plus lives (human of course) & leopard is more celebrated specie than a gaur & then next there will be some tiger & we will forget the man eater leopard also! And then next week some another animal will do something & news papers will keep on getting head-lines, TV channels will have their bytes & we all will have whatsap forwards of such animal encroaching on human's settlements & outcome is death of the animal & the story keeps on! Yes, in between there was a female elephant who has been feed a pineapple full of explosives & who was pregnant & it died along with the baby inside after consuming the pineapple!

I wonder what kind of animal species we are as no other animal kills another specie or so is ignorant (read as careless or ruthless) about another animal's or specie's life. In the nature one animal kills another animal, only for need-base & the need can be hunger or territory ownership in the case of a tiger & that too again is for survival as two tigers in one territory mean food shortage or fight over prey! But take example of this latest bison (I am referring it as a bison as most people are familiar with that term in actual there are no bison in India) episode, as first how it ventured so far in the city like Pune where in nearly hundred plus kilometres there is no known habitat of the bison is first question & second is, it wasn’t a man–eater type animal (fortunately bison & elephants & rhinos are vegetarian) neither it has attacked any human person even by accident yet the crowd killed it! Yes, I used right terminology i.e. the crowd killed it is the word as we may not have beaten him by iron rods or shot it with a gun but we didn’t allow it to rest or feed or cared for its thirst which an animal like bison needs most & it died with exhaustion! Exhaustion of running from the public & shamelessly we were busy in shooting videos of poor fellow running all around just to have some peaceful moments. On the top of it we were so ignorant that instead allowing (if not helping) the forest officials to capture the bison & treat it  we were busy in taking selfies with it & in the process the bison has to run all the daylong & eventually collapsed with exhaustion! In recent times I haven’t seen more inhuman act than this & we are just not bothered about it, is the saddest part! Now the question is, to whom we will charge its murder with as right from the media to police who were supposedly provide protection to forest officials in time or the forest officials who are not trained to handle such situation in the Smart City as well have not made masses aware how to behave in such times or the society which exhausted it to the extent of death or the bison itself, as why it ventured out of the forest & came in the human’s city, so its bison’s fault only that it has to die eventually!

This bison venturing in the city may be just one incidence but it has exposed our limitations as civilized citizens & ignorance towards wild life conservation seriously. The hohallas (hungama) of the crowd, the fun making attitude of grown up people, the casualness of the authorities & the news hungry attitude of the media all of this indicates only one thing that we are a bunch of animals which has just learnt to stitch clothes & wear them or else we are worst than any of the animals around! As nobody was interested in making the bison comfortable & then capture it which was the right course of the action neither we were ready to give space & time to the few such personalities who could have done it. The failure list is topped by the forest dept (sorry guys but bison is a wild animal) as if any terror attack happens whom we blame but police (I mean, first blame) so the forest dept must take up a drive to make city or urban people know about their duty towards wild life & such incidences. Indeed the job is toughest as the animals (read as humans) who has to be forced to wear a helmet or a mask for their own safety, to teach them about face the situation which may arise once in a while & think about other animal’s safety, is near impossible task but that’s what forest dept has to do! Then the failure is of the media which takes up news regarding wild life only when something bad happens that too, to the wild life! Media, may it be digital, print or TV never takes up seriously any campaign regarding wild life conservation nor gives publicity to such initiatives as there is no glamour or money in it, is a bitter fact!  Then the police, which has already enough on their platter yet to give protection on priority whenever any wild life related incidence happens is something all police dept must know, after all forest & police both wear same colour i.e., Khaki!

Lastly, we the people, lesser I say is better as for few of us wild life is just clicking snaps of tigers or birds with big lenses & fancy attire & for rest all others it’s on Nat Geo or Animal Planet as they have enough other troubles to face with than a leopard falling in well or a elephant eating explosive filled pineapple or a bison running around their city & dying because of exhaustion! Problem is we are growing in numbers (population) & we are giving space for no other specie to live or survive & outcome is this bison & many such incidences!

Guys, still there is hope, open up eyes & mind & make a life style which will have policies, rules, laws where all species will have opportunities to survive & live happily! There is one story in our folk tells about Saint Dnyaneshwar making a Bison utter Wedas (sacred words) when he has been challenged about his Holly Powers & made the Bison to speak the Sanskrit Wedas! Had there been Dnyaneshwar alive today even he would have given up looking the way we so called learned & educated human beings treated this Bison as he would have said I can make a Bison speak human’s language but to make the humans’ speak Bison’s language is beyond even my powers! That’s all humans, agreed it was a folk tell & we don’t have a Dnyaneshwar to teach us to speak language of a bison but that’s why we are human right, so go ahead learn the language of the wilds, which is the simplest language as its language of the nature & learning that, is the only hope of your own survival, mind it!

Posted by sanjay deshpande at 5:01 AM