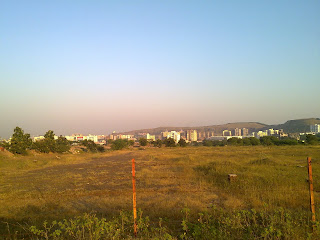 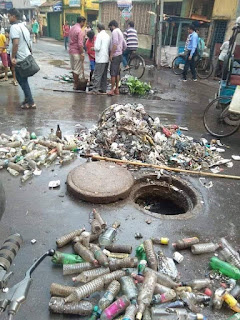 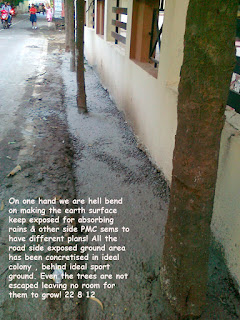 “Earth, water, fire, and wind. Where there is energy there is life.”... Suzy Kassem

Suzy Kassem is an American writer, poet, philosopher, and multi-faceted artist of Egyptian origin. The granddaughter of a well-known sage in 19th century Cairo, mysticism and wisdom run through her blood just as the water of the Nile flows through her veins. And no wonder our ancestors who might have been from any origin has always respected all above elements which makes the nature & many of the cultures has given these elements status of the god as they knew the power nature has got in it! And what Suzy Kassem is referring in her quote is energy which all the nature’s elements contain which is a power in itself. Over the years (actually thousands of years) man has been surviving on this nature’s energy & so has been millions of other species of trees, birds, fish, animals & many such but then the man has got brains & along with the brain comes ego! And it’s this ego which has made the man thinks he has understood the energy of the nature’s elements or say key behind the power of the nature! And thus the man started building dams which can hold the water, the man started making aeroplanes & space shuttles to conquer the sky, the man started controlling fire for his own benefit & the man started deciding use of the land thus controlling earth & eventually the man started thinking himself as a god more powerful than the nature!

And my sharing is about this acts of we the humans & reason for that is two video clips which I recently received (needless to say as forwards) on whatsapp, where else) in which havoc created by rains in Mumbai & Pune has been clicked by someone! That way we keep on receiving hundreds of such from all over the world, why just Mumbai-Pune & many will comment what’s big deal in it! Rains are a common thing & we are used to complain if it rains heavily & if it doesn’t rain then also! Agreed & exactly this is what I think high time we need to think over though Green House effect, Global Warming, Pollution, Threat to Nature & Environment, Arctic (Icebergs or Ice Caps of earth) are melting, Sea levels are raising & all such news are making headlines since long & are favourite subject of many block buster Hollywood movies also. But thing is except few researcher or scientists & few frantic environmentalists (well, that’s how they have been tagged) nobody believes it & most of the world thinks it’s not their business & they have many worries to live for than nature! I don’t blame most of the world as before the present pandemic hit the world & got it to stand-still nobody ever believed such thing can happen to the entire world but it happened, isn’t it? And why the world, I am staying in Pune for last 30 years & the way rain pattern has changed in just last few years its a warning in a way as just when I started writing this piece the way rains have hit submerging the localities which never has seen floods. One of my firends commentd  about the way rain hit the city, (on whatsapp) ”this is anger of the nature, not just rains!”

Forgive me if I am sounding like some frantic environmentalist character which keeps on waving red flag all the time in the Hollywood movie but what we are witnessing around of late is surely not just coincidence may it be heavy rains or odd weather in the form of extreme heat or humidity (last week I was walking on road & checked on Google, humidity in Pune was 98%!) which has not been never ever experienced & same is thing in many parts of the worlds including Europe also; all this indicates what? This is I want to ask the experts in the field of environment or science! Rather more than the experts, to the rulers of the world as researchers, scientists, analysts can give you figures of the probable damage or damage happened because of natural catastrophe but it’s the rulers of the country or the world which are supposed to act on this information to avoid such disasters or to minimize the damage from them!  Again many will ask, isn’t all such weather changes also are part of the nature, as these environmentalists cry over more rains & cry over lesser rains also & same is applicable to every aspect of the nature. If tiger’s population decreases there is a problem & if it increases then also there is a problem, what your real problem guys, which are shouting about damage being done to this so called nature! Well, first I am not an environmentalist I meant not just environmentalists, I am an engineer, a businessman too & all I want is to point out that the balance of nature is not right!

Yes, less tigers are a problem but more tigers too are a problem as in nature there is nothing like less tigers or more tigers only if you allow nature to do its job! It’s this balance which has been a problem as our (read as humans) ever intervention in every aspect of the above five elements i.e. fire, wind, sky, earth & water only has created this imbalance & we blame nature for it! As take example of tiger's, just because it’s like apex of wild life chain so mentioning tiger & people likes to speak about tiger! Well, for thousands of years tigers were roaming freely across this planet & adjusting themselves to the changes of the nature & has survived just like many other species. As there have been earth quakes, ice age & then volcano eruptions & oceanic changes & tectonic plate movements, so there were heavy rains, cyclones, draughts & many such natural phenomenons as that are part of the life on the earth. And all this the tiger has survived & evolved, as that’s been done by the nature but in last few hundred years (rather last hundred years) when the man started taking nature's power in his hands then we started using those powers for just our comforts & benefits resulting we on one side says "Save Tiger" but from whom we are supposed to save the tiger; answer is, from we the humans only! As we cut the forests where the tiger use to live & to hunt, we polluted its water sources as well drive away his food by building roads from his home, submerging forests under the dam backwaters for our drinking or industries & for building our home & growing our food we took away tigers home i.e. lands under forests & we no try to save it by making protected forests. And now when the number of tigers grows we don’t give them the land the tigers need to live & when they attack on humans & our cattle we again shout against tigers! Had the nature kept deciding fate of the tigers then this imbalance it would have never allowed to happen & tiger population, less or more wouldn’t have been the problem ever!

And this is just one example of one specie named tiger, such things are happening with thousands of the species which were happily being living balanced life ruled by the nature until humans stepped in! And then we didn’t stop just at ruling the lives of other species, we tried to change the course of the rivers for our benefit under the name of agriculture or power generation, we tried to build dams & create lakes for our water supply, we cut down the water source to existing fresh water lakes & polluted them for our greed naming them as need, we broke down hills & we tried to invade mountains for making our homes or building forts, we dug earth for taking out minerals, we conquered sky by flying thousands of aeroplanes & in the end polluting sky also with our jet engine’s emissions, we scraped earth's natural surface & concertized it for our comforts thus reducing earth’s water absorbing capacity & lowering ground water tables & we started deciding land's use by forming departments like Urban Development! And not just that we tried to push the oceans which covers more than eighty percent of the earth's surface & thought we have conquered all the five elements & have become god by ourselves!   Lol, what fool we have made our own selves, we the human gods!  And outcome was going to make nature angry which never actually punishes anybody but just reacts for our action! And what it did, it made ice covers melt causing untimely floods, it started changing seasons which affected our crops, it started making the thermometer sour toppling our public health, it started raining so heavily that for days & weeks, our so called smart city's comes to stand still & on other side it started holding the rains again making smart city's citizens running for water which is a basic need. It started creating landslides & cloud bursts & get along cyclones & tsunamis in oceans & we can’t do anything about it but name to each other for our deeds!

Well, if you still think this is writing of some frantic environmentalist, then frankly I don’t care what you think as this is happening right around each of us in whichever city or town we may be living on this planet! And if you think this too is nature's fault then well, be happy with whatever you think!

Time is not gone yet because as an engineer I will never say don’t create comforts for human beings, just know that every specie needs its own comfort & nature is the god because it tries to gives comfort to every specie & not just one of it just because that specie has brain & hands & legs to use that brain! This is the reason, humans will never become a god as the god means balance & that’s why it’s only the god which deserves that power which comes from the energy of all the elements as he (or she) knows how to use that power balancing all lives! Without that balance any power in any hands makes the face behind those hands a demon, which we are proving every day; mind it guys & wake up till it’s too late, is all I want to say on closing of the Wild Life Week! As in the nature there is no anger, no revenge or no punishment, there is just correction of the mistakes done due to imbalance! If we think all such natural calamities or disasters happening around are anger of the nature then I will remind you a dialogue famous in Bollywood by King Khan, “ye to Trailer hai, Picture abhi baki hai mere dost! “

Posted by sanjay deshpande at 3:29 AM